After the 1970s: Student Action Continues 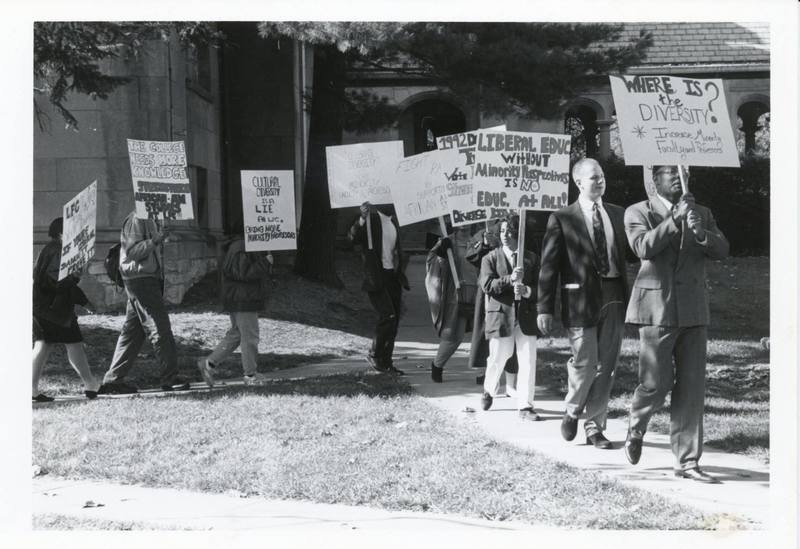 Students from Coalition for Racial Equality (CORE), protest the lack of diversity in faculty in administration in 1992. Despite the long struggles of the BSBA almost thirty years earlier, diversity was still not adequate at Lake Forest College. CORE, a later iteration of BSBA, felt it was important to keep pressure on the school to change this. 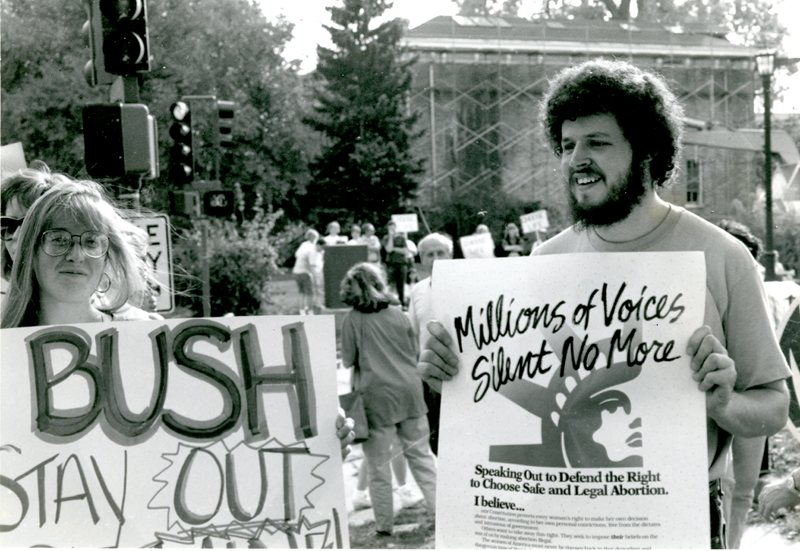 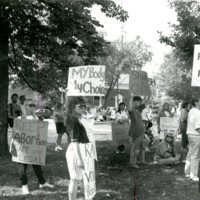 Students for Choice in Washington D.C.

The first pro-choice group to exist in the North Shore suburbs was formed in 1970 by a group that included seven Lake Forest College students. The Lake Forest College Health Center was refusing to distribute information about abortions and birth control, so students started their own resources for education. A pro-choice student group was formed on the Lake Forest College campus in the Fall of 1989. Members of the organization raised awareness about maternity leave and the need for safe abortions. They also spread information about various forms of birth control, and lobbied against pro-life bills being introduced in the Illinois State Legislature. Students fundraised by selling buttons, and were able to go to Washington D.C. in November for the Mobilize for Women's Lives March, which was a demonstration supporting the protection of Roe V. Wade. The pictures included here are from the March.

In 1985, Lake Forest College students began to form an active opposition on campus to apartheid. This movement began with a march through Lake Forest in October 1985 in honor of National Anti-Apartheid Protest Day. Less than a month later, the Board of Trustees decided to endorse and support divesting from investments in companies supporting apartheid in South Africa. Students continued to host programming that educated and engaged students on the issue of apartheid, and what they could do to address it. 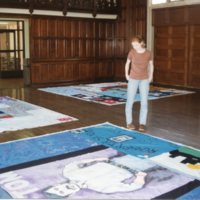 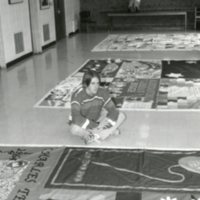 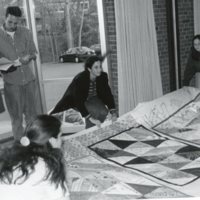 In the Fall of 1991, HIV was first reported at Lake Forest College. From then on, fear and false information swirled throughout the school, as throughout the country. The administration made a concerted effort to host AIDS education workshops, distribute information, and made condoms available to every student whenever they might need them. In February 1994, Lake Forest College hosted an AIDS benefit concert to raise money for research. A piece of classical music by a College graduate recently diagnosed with AIDS was performed. Above, students at the College add their own quilts to the AIDS Quilt Memorial Project. 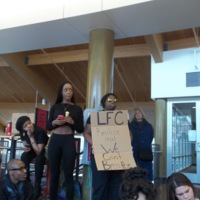 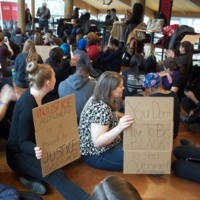 Student activism and social justice at Lake Forest College didn’t end after the events of the 1960s and 70s. Here students protest police brutality in the Student Center in 2014.

← Kent State and its Aftermath
Resources →
After the 1970s: Student Action Continues